We were met in the lobby of our hotel by our tour guides, Jessica and Natalie.  We boarded a coach bus for a drive and walking tour of historic Munich.  We divided into two groups, one led by Jessica and the other by Natalie. Both groups were told how Hitler was intent on remodeling important cities of the Third Reich, with Munich considered by Hitler and the Nazis as “the center” of the Nazi Party.  Hitler’s plans for the city included the construction of monumental buildings to represent the power of the Third Reich.  Of course, with Nazi Germany’s defeat in WW II, the plans were not realized. Our coach and walking tour, however, did include a visit to  the site where Hitler planned to create a great boulevard “axis” lined with massive buildings, but it was a plan that was never realized. 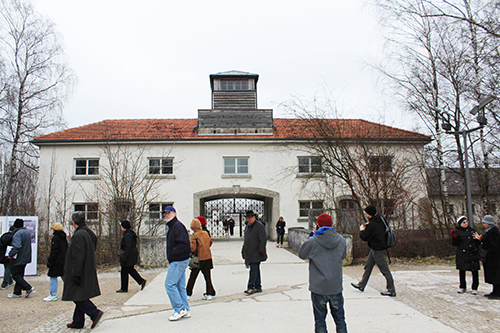 We visited the so-called House of Art, built by the Nazis as the “House of German Art.”  The importance of art in Munich cannot be overstated.  Although Hitler never realized his ambition to be an artist, his application to the Viennese Academy of Arts rejected because he lacked artistic talent, he later used his political power emphasize “Germanic” art.  At the House of German Art, we toured the gardens and paused at the Zum Erinnern Zum Gedenken memorial [“To Remember, To Commemorate”], a memorial to resistance fighters.

A short bus ride brought us to the Ludwig Maximillians Universtat (LMU) and a tour of the White Rose Memorial.  This was the site where Hans and Sophie Scholl, university students who were part of a resistance movement against the Nazis, were arrested while distributing their leaflets calling on Germans to rise up against Hitler and the Nazis. Dr. Rittner asked us to think about the question, “What kind of education would enable students to resist an evil empire?” Hans and Sophie Scholl, Protestant Christians, were executed for trying to resist Hitler and the Nazis and for encouraging others to do so as well. 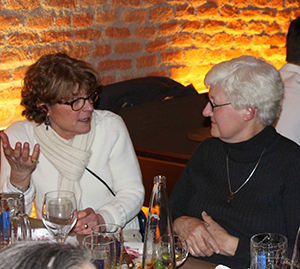 After lunch, most of the  participants travelled by taxi to the site of the Dachau Concentration Camp memorial site, where Dr. Hayse led us around the now quiet, but very sober and moving site where so many people – Jews and non-Jews – were killed though starvation, torture, overwork, and execution. 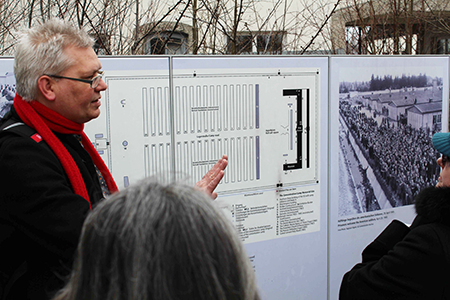 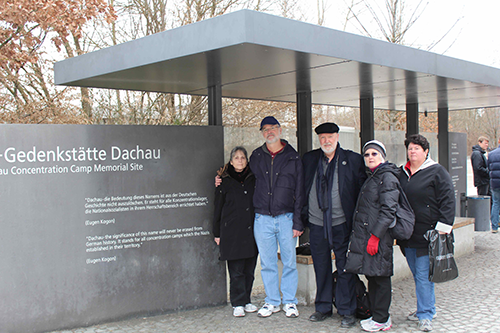