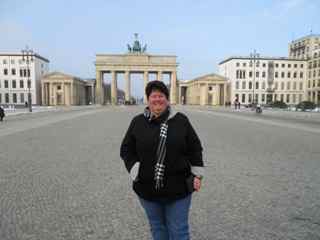 We began our first full day in Berlin at the Brandenburg Gate, which is arguably the most recognized landmark in the city.  If 27 people view a scene, there will be 27 unique interpretations of that scene. When I viewed the Brandenburg Gate, I saw President Reagan and his 1987 "tear down this wall" speech, just two years before the Berlin Wall actually fell. For me it meant hope for the future, a better life for millions and the reunion of many families. It also reminds me of the privileges I have been blessed to receive which include the freedom of speech, a voice in my government and the ability to live the life that I alone have chosen. These thoughts were but a dream to those taking the first steps to freedom. I have a deep gratitude to those who sacrificed to make this possible. 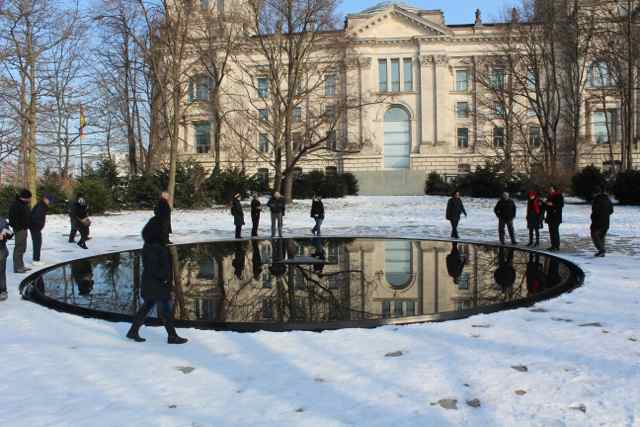 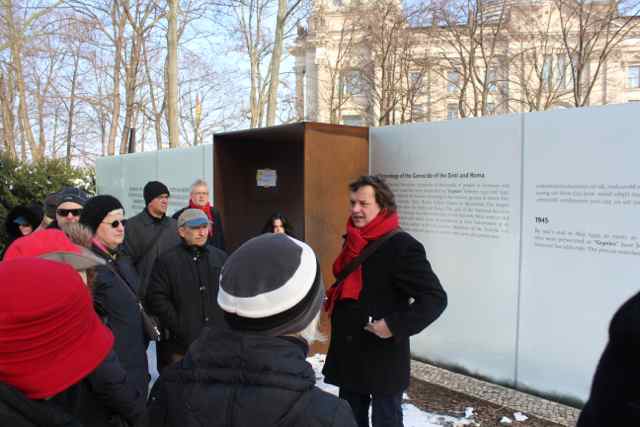 The Memorial to the Murdered Jews of Europe, completed in 2005, consists of 2,711 large, gravestone-like concrete blocks carefully placed on 19,000 square meters of land in central Berlin. It is the first German government-sponsored memorial dedicated to the Jewish lives lost during the Holocaust.
This labyrinthine installation is devoid of signs or explanations, and the number of blocks, called stelae, has no explicit symbolism. The memorial is designed to allow each visitor the opportunity to derive his or her own meaning. However, the memorial also contains a crucial educational component, located in the Information Center underneath the labyrinth. The design of the underground center is carefully tied to the stelae located aboveground. The educational program – with a terrific audio guide – is explicitly not intended as a historical museum, but instead it humanizes the victims of the Holocaust by displaying family biographies, photos and documents. These detailed histories provide a counterpoint to both the idea of the Holocaust as a single event and the massive memorial above.
The imaginative juxtaposition of the memorial’s size with the heartbreaking details of the humans it commemorates, combine to give visitors a powerful experience. It is a fitting tribute to the murdered Jews of Europe.
(written by David Pinto)

Diversity Destroyed: Berlin 1933-1938
2013 marks the 80th anniversary of the National Socialists’ rise to power in 1933 and the 75th anniversary of the November pogrom, or Kristallnacht, in 1938. The government and people of Berlin have dedicated 2013 as a year of remembrance for the victims of these horrific events. Diversity Destroyed: Berlin 1933-1938 is the title and theme of over 120 programs throughout the city including: exhibitions, theater, art, readings and film.
We were most fortunate to have Christoph Kreutzmüller, a lecturer from Humboldt University and one of the organizers of the Diversity Destroyed project, as our city guide. Late in the afternoon he led us to the German Historical Museum to see the project’s key exhibition, which gives visitors a taste of Berlin culture during the Weimar period, addresses the growing threat of Nazism and the systematic elimination of ethnic, cultural and political diversity in the 1930s.
The exhibit presents a compelling storyline of the period’s growing cultural and human oppression. It also displays examples from a number of exhibits and other programs participating in the project. One of these programs has placed 170 pillar exhibitions, or kiosks, throughout the city covering the history, places and people of Berlin including biographies of writers, artists, composers, teachers and others who left a mark on the rich cultural life of Berlin at the beginning of the 1930s.
The key exhibit, the kiosks and all other programs in the project are designed to help Berliners and visitors consider and come to terms with this dark period of history. The Diversity Destroyed project is extraordinary and the key exhibition was deeply moving.
(written by David Pinto)