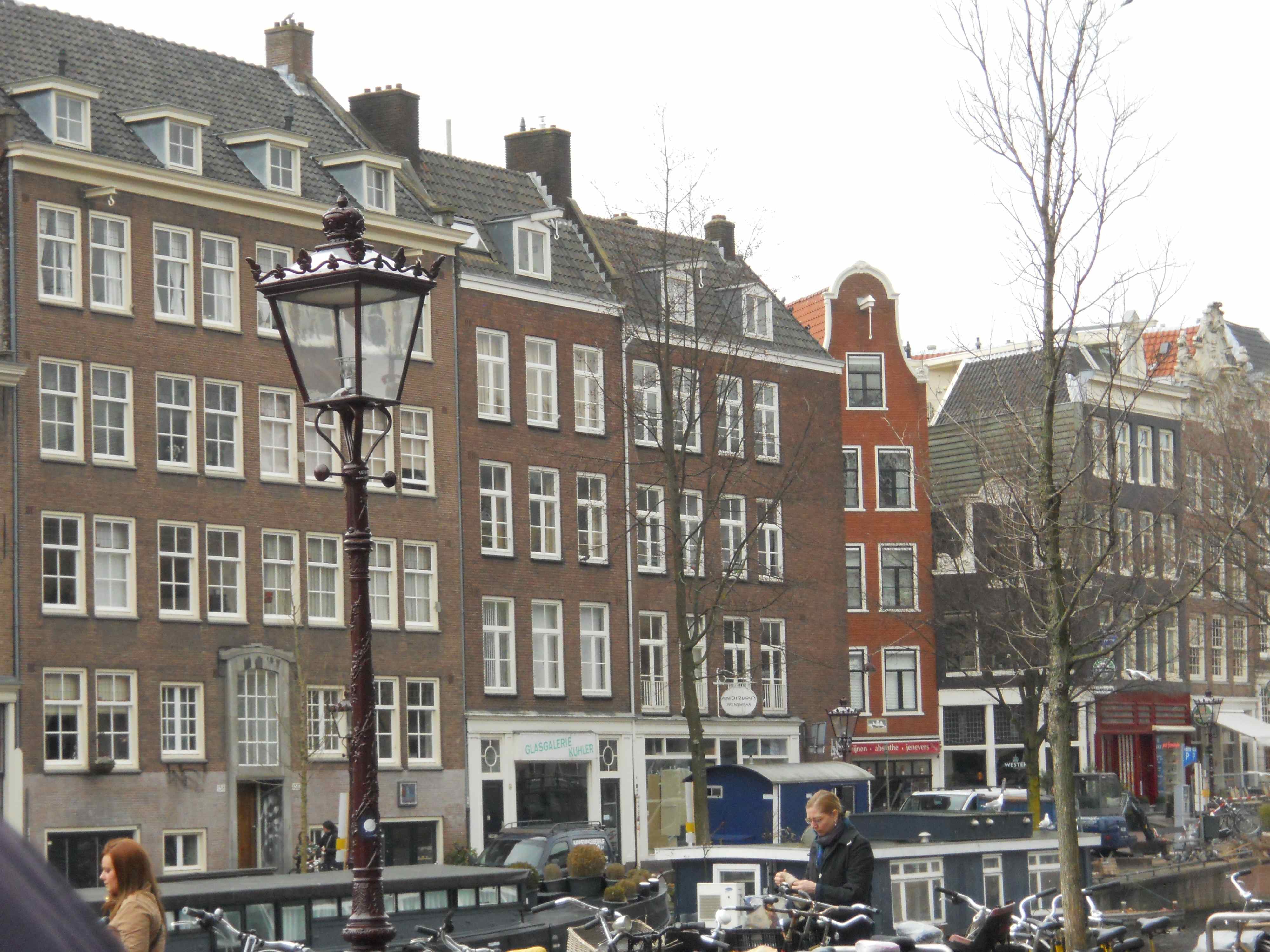 We arrived in Amsterdam on Monday, on a flight from Berlin, changing planes in Frankfurt am Main. Our first stop was the Anne Frank House.  Once again our experience on this trip is exceptional, with a private greeting from the director of the Anne Frank Foundation as well as a guided tour of the exhibit, including areas not open to the public.  It had been many years since I had read the Diary of Anne Frank.  While walking through the house, one tries to remember Anne's words from that reading long ago.  How to describe the conditions in a house whose secret, hidden annex held eight people, praying and attempting to survive during the occupation of Amsterdam. The windows are covered, the rooms small, stairs that are so narrow and steep it is difficult to climb.  There are still pictures of movie stars of the times that Anne Frank pasted on the wall, as described in her diary. They are faded but still remind us of a talented young girl trying to be a young girl under extraordinary circumstances. As we follow our tour guide, Dr. Dienke Hondius, I try to envision Anne writing in her diary. The world lost so many talented lives.  Even though Anne’s life was senselessly cut short, we have Miep Gies to thank for saving the diariy, and Otto Frank for fulfilling Anne's wish to publish it. I feel we can honor Anne's short life by reading her diary and remembering.
(written by Mary Hughes)