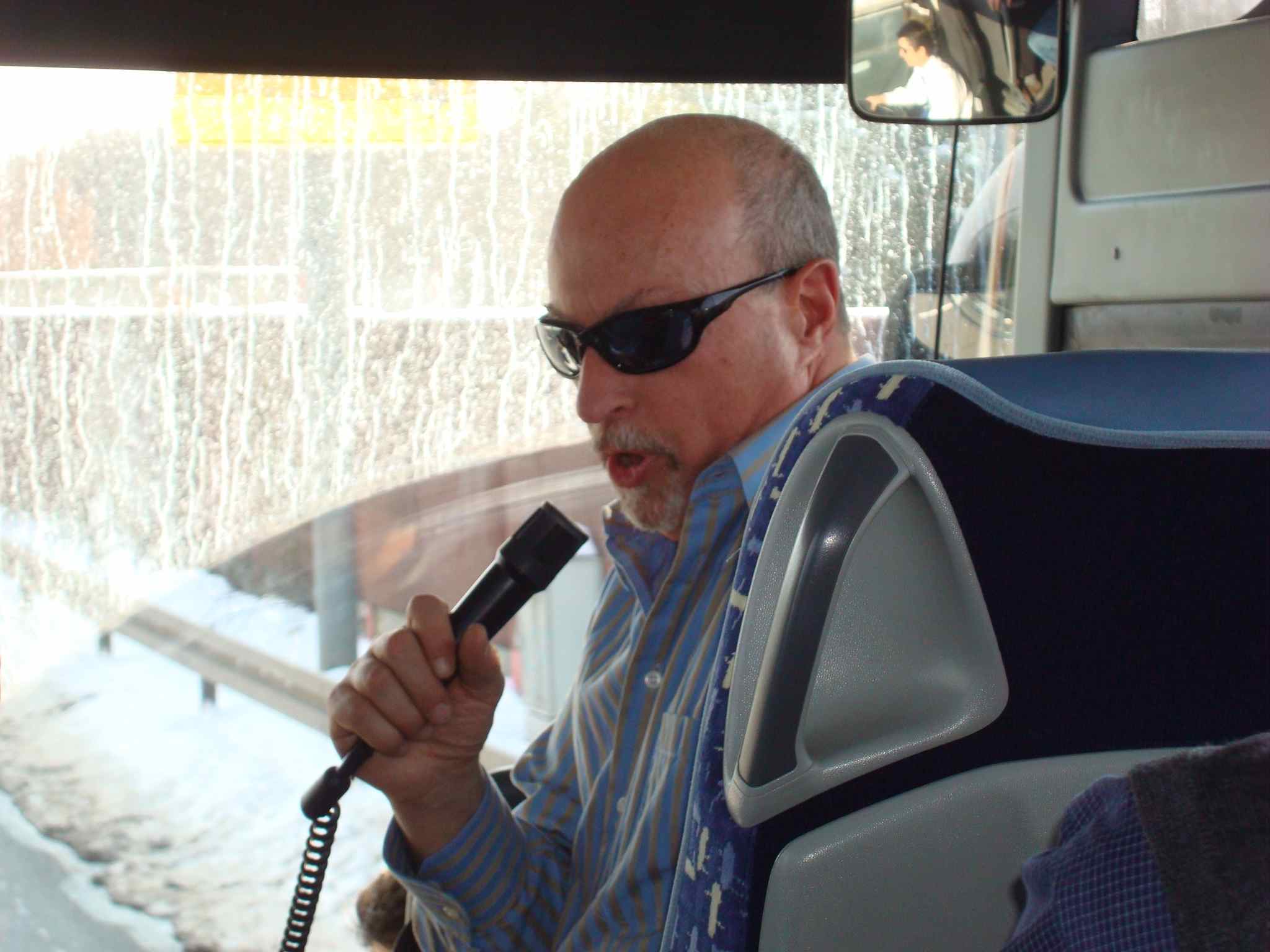 Revelations about my Father at Buchenwald

Buchenwald and Auschwitz: Words I heard frequently growing up in the 50's. Both my father and mother, and virtually everyone I knew as a child, had numbers on their arms, tattooed in Auschwitz. I knew my father was liberated from Buchenwald and was the only survivor of a family of ten; born in 1914, he was the youngest.

As the bus approached Buchenwald, I felt equal parts anticipation, anxiety and curiosity. What I discovered about my father was astonishing.  My father, Isak Posner, was born in the city of Oswiecim, Poland in 1914 into a very religious, Hasidic family. He was the youngest of 10 children, all of whom were married with children of their own. 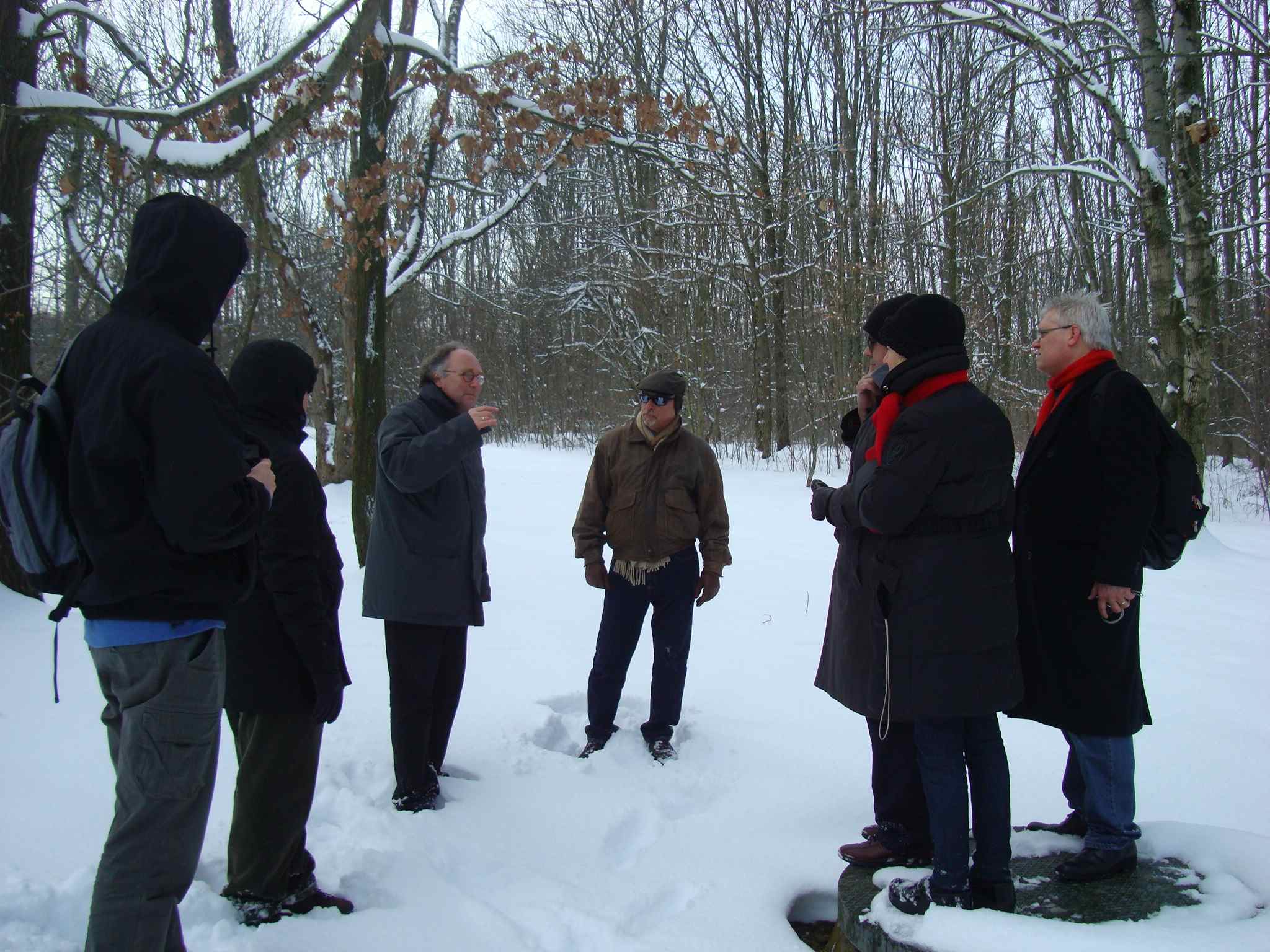 He was the only survivor in his family, NOT ONE of his nine siblings or approximately 40 nieces/nephews had survived the war. Although I knew that my father was liberated from Buchenwald, I knew very little else, as he rarely spoke about the war years or about his family, despite having lived to the age of 89 in good health.

Once through Buchenwald"s gates, I was very eager to walk in my father's footsteps and to do so quite literally. Fortunately, Michael Hayse, our tour leader made this possible. Several weeks earlier, I had given Michael my father's name and date of birth (6/6/14), which he then forwarded to his contact in Buchenwald. While I was hopeful that some documents associated with my father would be discovered, nothing prepared me for the seven documents that Michael presented to me, which he received from the Buchenwald Education Director, Daniel Gaede, the night before! 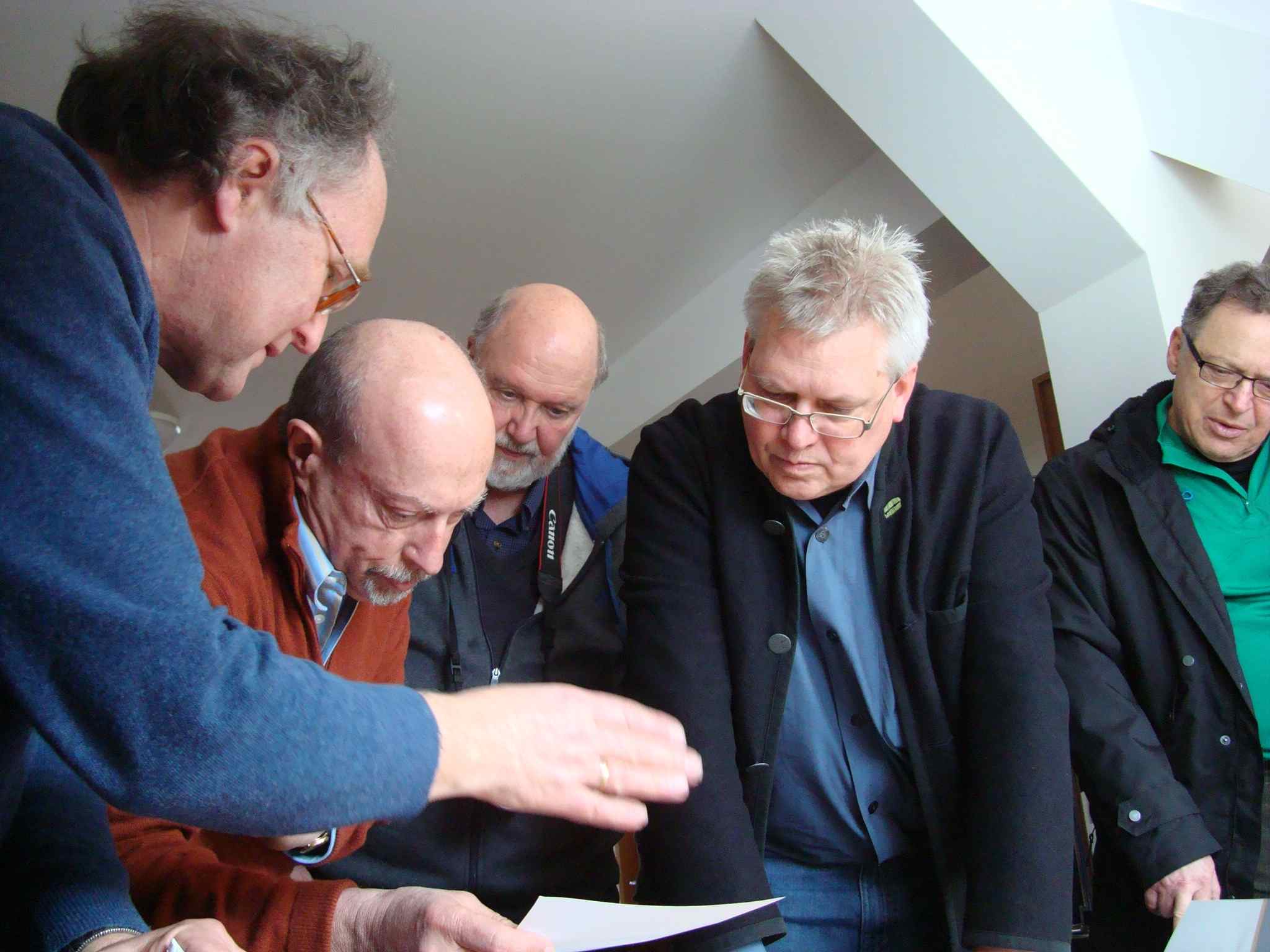 I discovered the date my father arrived from Auschwitz, as the Germans were moving victims from the approaching Russians from the east. Another document indicated that he was assigned to Barrack 67. But it was on another document, that I discovered something astonishing; my father wrote on a form that he had been married before the war - a shocking discovery! It even indicated what her name was!

I am eternally grateful to Michael Hayse, the staff at Buchenwald Memorial, and the friends who took this very personal journey with me. I expect that it will take many months, if ever, before I understand the impact of this journey. 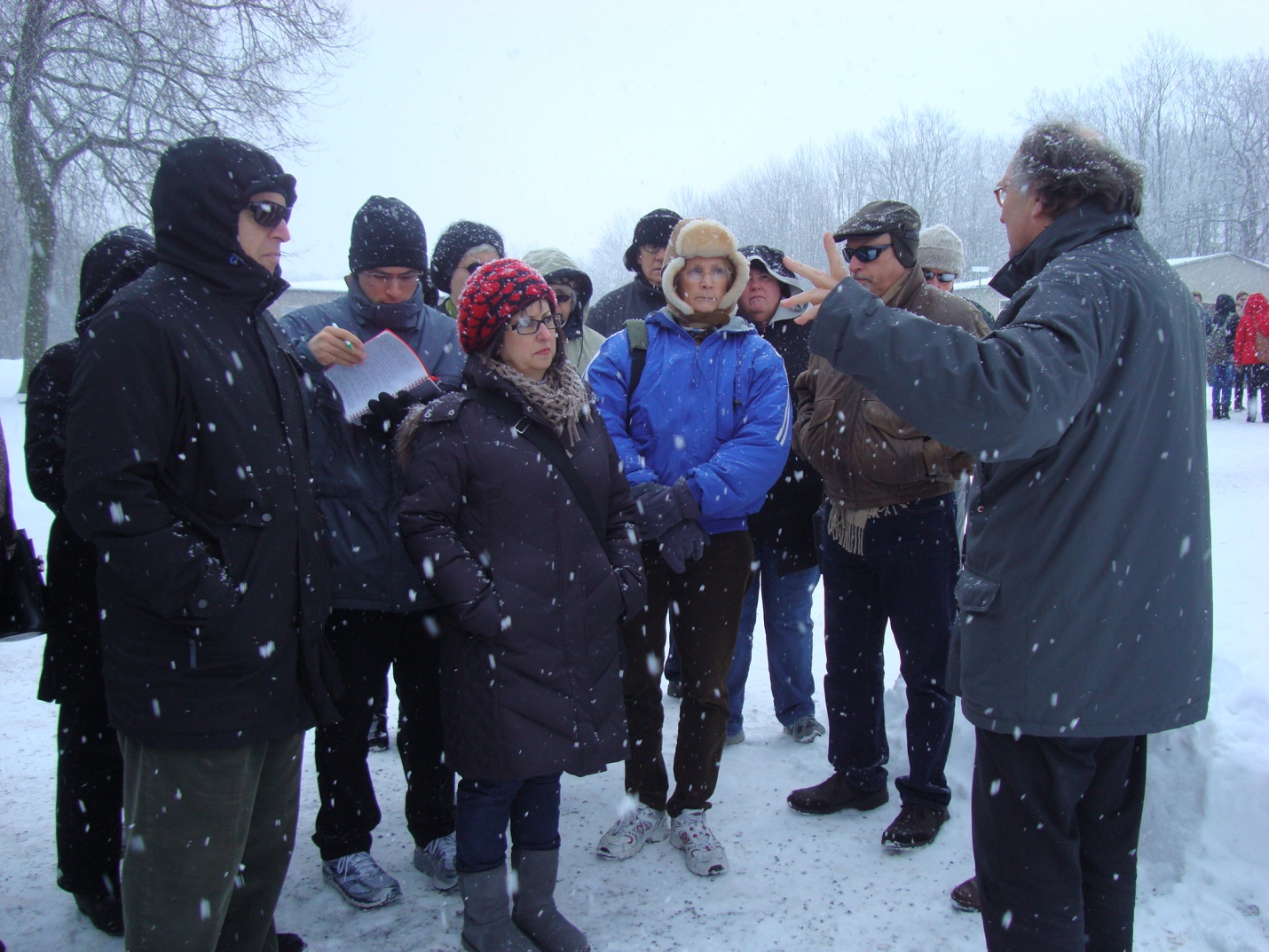 Buchenwald Camp and Memorial
A tour to observe history of the Jewish Holocaust could be classified as a “Dark Tour.”  The first days of the 2013 Stockton College Tour were shrouded in darkness:  clouds, rain, mist and even snow.  Appropriate weather for a “Dark Tour”?
Thursday morning we visited the Buchenwald Camp Memorial.  As we approached the camp remnant, the sun broke through the clouds.  A heavy snow squall covered us. 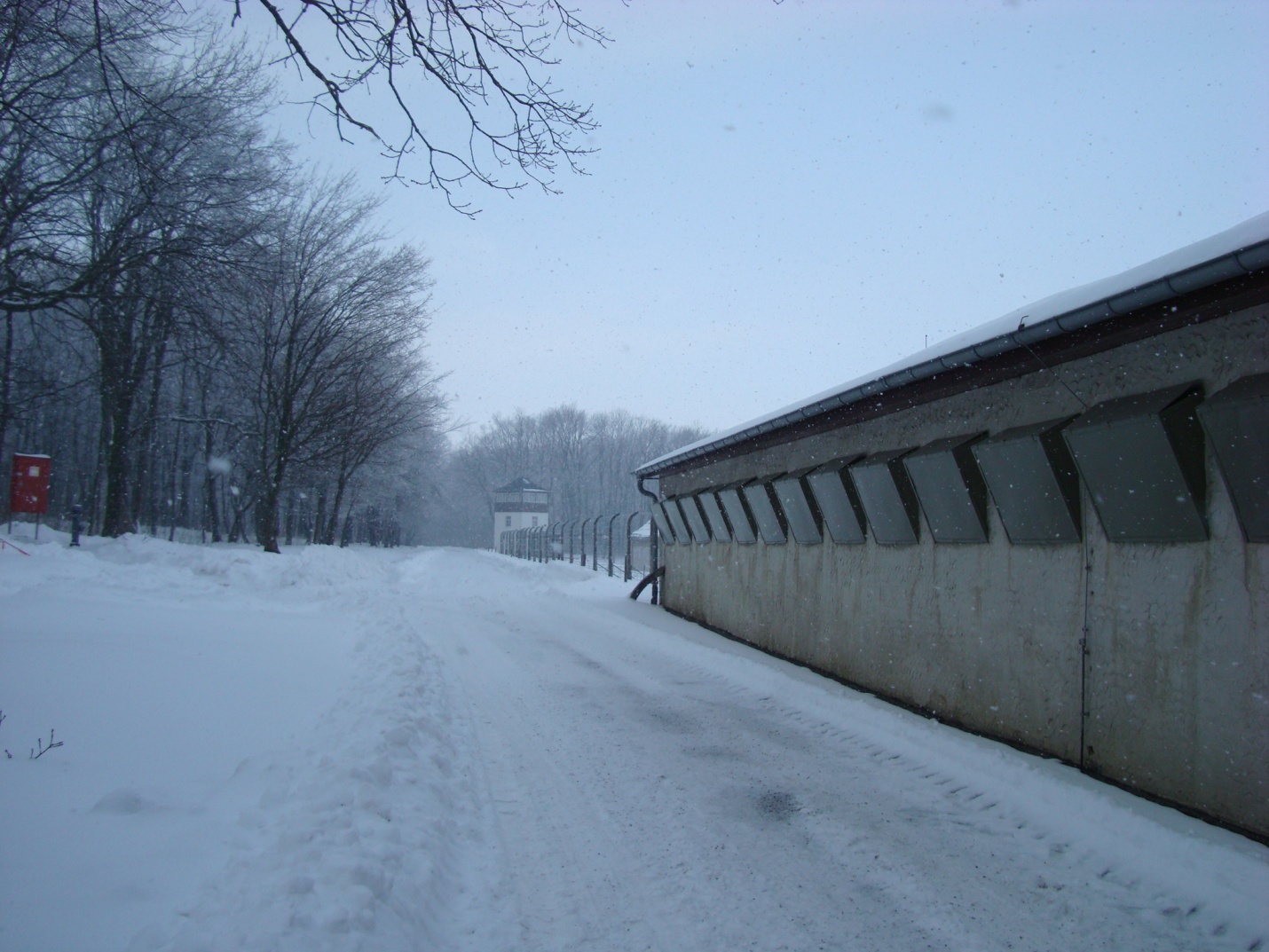 The words of our tour guild, Daniel Gaede, seemed most poignant, “If one lives human rights, we do not have to discuss human rights.